If there are more people who don’t like Trump than do and more people who don’t like Clinton than do, in their respective parties, then there should be an effort to get people in each party to pick out a candidate they can live with in the White House. That candidate as far as I’m concerned should be Lindsey Graham. Graham can win with enough support for independent candidate. 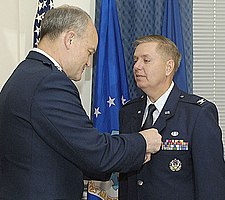